Minutes of the May 4, 2022 Yorktown Civic Association General Membership Meeting

In Memoriam: James and Shauna Waites

On Monday October 1st at its general membership meeting, the Yorktown Civic Association will host a debate between Arlington County Board candidates Matt de Ferranti and John Vihstadt.

The meeting will start at 7:30pm, and take place in the Patriot Room at Yorktown High School. All interested Arlingtonians are invited to attend.

Matt de Ferranti began his career as a teacher in a low-income community in Houston and has subsequently used his skills as a lawyer to help people build better lives for themselves and their children in positions at Feeding America, Habitat for Humanity, Rebuilding Together, and the Education Trust. He now works for the National Indian Education Association, where he serves as Senior Legislative Counsel, seeking to improve educational opportunity and outcomes for Native American students. Matt serves on Arlington County’s Housing Commission (since 2013) and the Arlington Public Schools Budget Advisory Council (Chair in 2017-2018 and since 2014) and the Joint Facilities Advisory Commission, which brings Arlington County, Arlington Public Schools, and the community together to plan for our future. Matt is a 2015 Leadership Arlington Graduate, a 2016 graduate of the Sorensen Institute for Political Leadership, and a 2017 graduate of Arlington Neighborhood College. Matt grew up in McLean and lives in the Courthouse neighborhood.

John Vihstadt harnessed over 30 years of schools and community activism to win a seat on the Arlington County Board in 2014 as the first Independent in decades. As past president of his neighborhood civic association and the Yorktown High School PTA, co-chair of a School Bond campaign, and as a member of the Arlington County Civic Federation Board and the Housing, Aging and Planning Commissions, John hit the ground running and built a record of accomplishment from his first year in office. John is running for re-election to build upon his first term achievements, including the refocus of our spending priorities to core services and the establishment of an independent County Auditor. Going forward, John’s community-centered vision includes managing our growth, greater openness and transparency in decision-making, and ensuring that cost and value are a part of every conversation. John brings true discussion and balance to the County Board. He hopes to earn your vote to secure another term on Tuesday, November 6. Visit https://voteforvihstadt.com.

Libby Garvey will address Yorktown and the next Civic Association meeting. Civic association business will be on the agenda first, and then we will hear from Ms. Garvey. She will discuss crime, school safety and other issues, starting at 8 p.m., with a Q&A following.

Garvey was elected to the Arlington County Board in 2012, after serving on the Arlington County School Board for 15 years.
She began her career as a teacher in the Peace Corps. She worked as a legislative aide to Congressman Lee Hamilton and as an associate director of the Mount Holyoke College Washington Internship Program. She is a member of the Council of Governments Emergency Preparedness Council. Virginia Governor Mark Warner appointed Ms. Garvey to serve on the P-16 Education Council, a position she continued under Governor Tim Kaine.

Throughout her career, Ms. Garvey has been involved in many community organizations, including vice president of the County Council of PTAs; vice president of the Fairlington Civic Association; and vice chair of the Advisory Council on Instruction. She was a member of the Abingdon and Drew elementary school PTAs and the H-B Woodlawn Program’s Parent Advisory Committee. She established the Kennan Garvey Memorial Fund for Phoenix Bikes in memory of her husband, and is serving on its board.

Participating in the Yorktown Civic Association is a great way to learn about progress (and pitfalls) of living in Yorktown; to connect, collaborate and occasionally commiserate with neighbors; and to stay up to date on all the neighborhood news worth knowing.

The December 13 meeting, held at Yorktown High School, will be our annual business meeting, with elections needed to keep our Executive Committee going, and a thoughtful discussion around the idea of incorporating in Virginia.

It will also be a time to share holiday snacks, baked by the Yorktown Civic Association Executive Committee (we’ll vote on the favorite!) as well as connect with old friends and new neighbors. To entice you out during this busy holiday season, we promise to have hot apple cider; delicious cookies; a relatively quick business meeting. 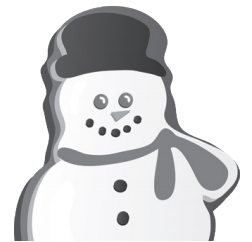 Please join us at 7:30 p.m. in Yorktown High School Patriot Hall on Wednesday, December 13–use door #8 near the basketball courts. Future meetings will feature county speakers, school topics and more opportunities to connect with your neighbors. The only thing missing from the Yorktown Civic Association is YOU!